Jalebi was moved from the NICU to the PICU this morning, mainly because the NICU needed his room – since the PICU is where he would be after surgery anyway, it’s been nice getting to know some faces there.

He had to be intubated later this morning – he was forgetting to breathe on his own. It is a common occurrence for heart babies – they had actually commented they were amazed he was breathing so well on his own. He kept it up for about 12 hours, but he needed some help. It was our first huge dose of reality. A very scary experience and very emotional. It is hard to see him like this, and he has had to be sedated so he is not uncomfortable with the tube.

I am spending as much time with him as possible while (barely) taking the time to recover myself from the long day yesterday. About to head back up there so his daddy and I can make the final decision on his name. 💙 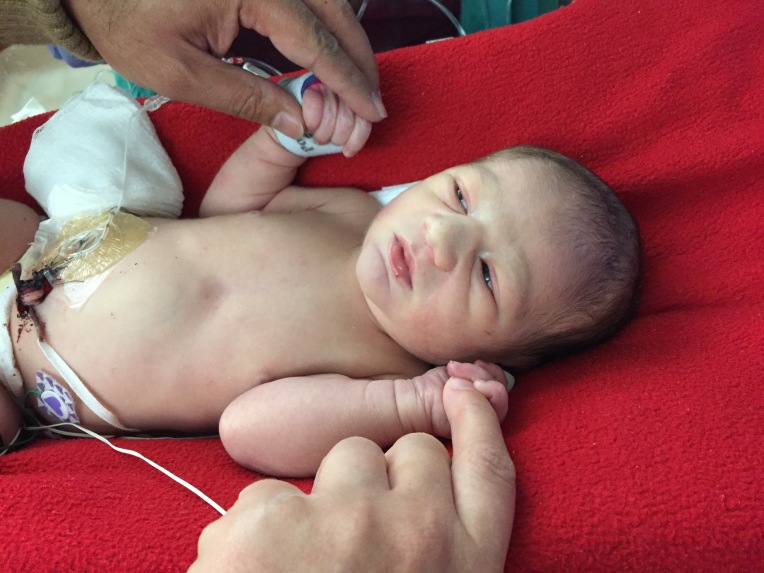 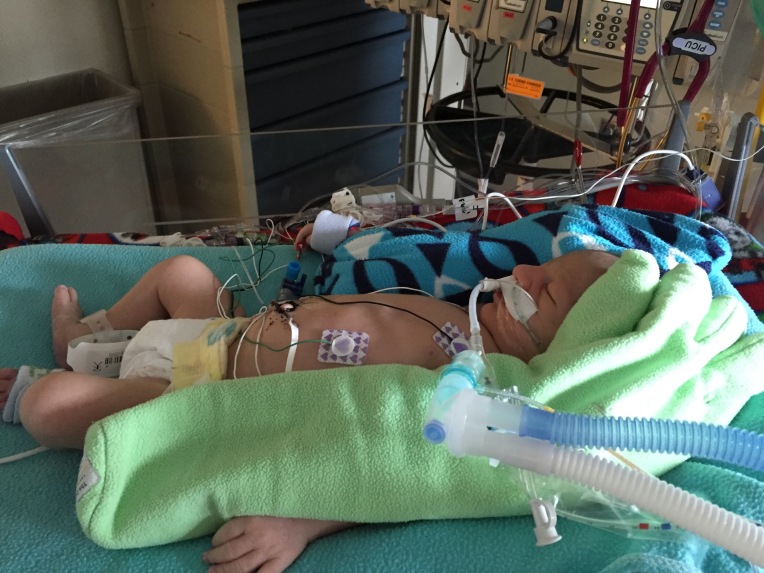